How to Protect Your Home in a Zombie Invasion

Home » Blog » How to Protect Your Home in a Zombie Invasion

Admit it: The zombie apocalypse is inevitable. Here’s a step-by-step guide to keeping the undead out of your houseBy ThisOldHouse.com

Whether it’s because the (new, rescheduled!) endtimes are here (thank you, Mayans!), or just because TV shows, movies, and books are telling us so, a zombie world takeover is inevitable.

So how can you protect your home and your family from the encroaching hordes of the undead? This Old House‘s tips and techniques will help you stave off all manner of zombies—be they fast, slow, or riddled with rigor mortis.

Install Doors of the Dead

When dealing with old-school, Night of the Living Dead-type zombies (also known as “Romero zombies,” after that 1968 film’s director) keep in mind that, because rapid muscle deterioration is par for the postmortem course, these guys are weaker than Keith Richards on a bad day. One of the simplest ways to combat them is to retrofit your house with stainless-steel doors. Affordable and impenetrable, steel doors can be a living-dead dude’s worst enemy. Best of all, any dents or dings caused by your heathen invaders can be pulled and puttied with an auto-body repair kit. For added security, forgo sidelights or transoms and install triple-point locks. Zombies friggin’ hate triple-point locks.

Make Sure Windows Are Also Walking-Dead-Proof

While the Winchester Pub seemed like the perfect safe house in 2004’s Shaun of the Dead, it didn’t take more than a few broken windows to cause one buzzkill of a safety breach. Houses with tempered-glass windows rated for hurricane zones or with wrought-iron security bars will be far better off than those with unguarded single-pane windows. Either way, it’s never a bad idea to reinforce windows with plywood for maximum zombie protection.

Along with Pittsburgh’s three rivers, the only thing that protected the living from the undead in George Romero’s 2005 film, Land of the Dead, was a giant electric fence. Well, if it’s good enough for the Iron City, it’s good enough for your house, too. If you can’t afford an electric fence, consider building a tough, tall chain-link, wrought-iron, or cinderblock version (at least 8 to 12 feet high) around your property. The local zoning board might take offense, but, seriously, man—this is a zombie invasion! Who cares about zoning?

Move Upstairs and Dismantle Your Staircase

Unless you’re dealing with those rare, agile zombies of the 28 Days Later variety, anyone who lives in a two-story house has a better-than-average chance of survival. Most zombies are pathetic climbers, so eluding them means little more than moving upstairs and removing your staircase. Faced with a zombie invasion, many frantic homeowners freak out, mindlessly smashing their staircases with a sledgehammer. However, the more preservation-minded among us prefer dismantling and storing them until the invasion is over. Start by unscrewing the newel posts and banisters, then use a flat crowbar to gently pull up the treads and risers. Temporary access in and out of your house can be provided by either a portable fire ladder or a rope. Those living in one-story houses should take to the attic, then pull up the retractable ladder. Anyone unfortunate enough not to have an attic might have to wait out the invasion on the roof until the undead are returned to the hellmouth from whence they came—or rescue crews arrive.

Think of Your Toolbox as a Weapon of Mass Destruction

As Woody Harrelson’s gun-toting Tallahassee taught us in the 2009 blockbuster Zombieland, a sharp set of hedge clippers can lop a zombie’s head off, no problem. But there are plenty of other zombie-zapping alternatives right in your workshop or garage. As a rule of thumb, the best way to kill a zombie is to destroy its brain. So your best line of defense is a blunt tool equipped with a long handle, such as an ax or a tire iron. The latter is especially helpful, since it can also be jabbed into the zombie’s eye socket, gouging its brain. Shovels serve a dual purpose as a blunt weapon and a means of properly burying dead zombies once they’ve (finally) met their maker.

Countless Hollywood horror flicks have demonstrated the efficiency of chain saws when it comes to raw killing power. But unless you have the upper body strength of the Hulk, one or two chainsaw-assisted beheadings will leave you with little more than flailing gummy-arms. In his best-selling book The Zombie Survival Guide, author Max Brooks points out that the noise of chain saws and other power tools might also alert nearby zombies to your presence. “A chain saw’s distinctive roar, even if running for just a few seconds, will be enough to broadcast to every zombie within earshot that ‘Dinner is served!'”

Whether it’s Night of the Living Dead or Dead Set, anyone who’s watched enough zombie flicks or TV shows knows how incessantly they scratch and paw any house or building in which human flesh abounds. All that clawing can wreak havoc on clapboard Cape Cods or Colonial Revivals. For the best defense, we recommend a quality fiber-cement siding. While we were hard-pressed to find a manufacturer that guaranteed its product against a zombie invasion, it’s probably your best bet.

No matter how well protected you are, zombie invasions are stressful for the whole family. To combat the undead doldrums, dedicate part of your house to relaxation and entertainment. Like Shaun of the Dead, you can take refuge by building your very own bar. And be sure to stock up on board games for the kids (video games use up power and can alert zombies to your home). As Max Brooks says in The Zombie Survival Guide, “In a long and seemingly interminable siege, boredom can lead to paranoia, delusion and hopelessness. It is important to keep your mind in good shape.”

Stock Up for a Supernatural Disaster

The last thing you’ll want to do during a zombie invasion is go out to dinner. And since many of your neighborhood takeout guys will be worried about being eaten on the job, you’ll have to fend for yourself—as Will Smith’s character, Robert Neville, demonstrates in I Am Legend, the 2007 zombie/vampire apocalypse film. Treat a zombie invasion like you would any disaster by stocking up on nonperishable food, bottled water, and first-aid supplies. Since no one can ever know how long a zombie invasion will last, you’ll want to have at least a month’s worth on hand. Also, consider planting a vegetable garden close to your back door just in case your food runs out. If a zombie invasion is imminent, fill all bathtubs and sinks with water.

Another of the lessons Robert Neville learns in I Am Legend is to keep the curtains or shades drawn and not let the zombies know where you live. During a zombie invasion, it’s tempting to stand by your window and contemplate the end of life as we know it. But instead of a deep thinker embattling a crisis of faith, all the zombies will see is the human equivalent of a Whopper with cheese. Conceal yourself by using heavy curtains, blankets, or even steel plates to block any unboarded windows—and never turn the lights on, as it will alert famished zombies to your presence. Whenever you’re in need of light, use a small flashlight or, better yet, night goggles.

Assume the Local Utility Company’s Employees Have Been Eaten

Just like the Atlanta of the AMC television series The Walking Dead, zombie-infested cities seldom operate with any sort of efficiency. Often, when both essential and nonessential public servants are dead or have been zombified, basic services suffer. In case of a power outage, invest now in a gas-fueled generator—or, better yet, one that can be operated manually by a stationary bike. Since zombie invasions often lead to nervous stomachs, you’ll also want to make sure you have a toilet in good working order in case the water goes out. Line your toilet bowl with heavy-duty garbage bags. Then pour in some cat litter, fireplace ashes, or sawdust. When the coast is clear, bury your waste in the backyard so that any nearby zombies won’t detect it.

According to Max Brooks’s The Zombie Survival Guide, some houses are better than others when it comes to avoiding a full-scale zombie invasion. Those who live in the types of stilted houses found primarily in flood-prone areas are in luck, since, after you’ve dismantled your front steps, the zombies will have a heck of a time getting to you. Other houses built to withstand either hurricanes or tornadoes are often equipped with tempered-glass windows, steel shutters, and doors that are all but impenetrable by the undead. 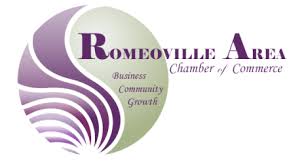 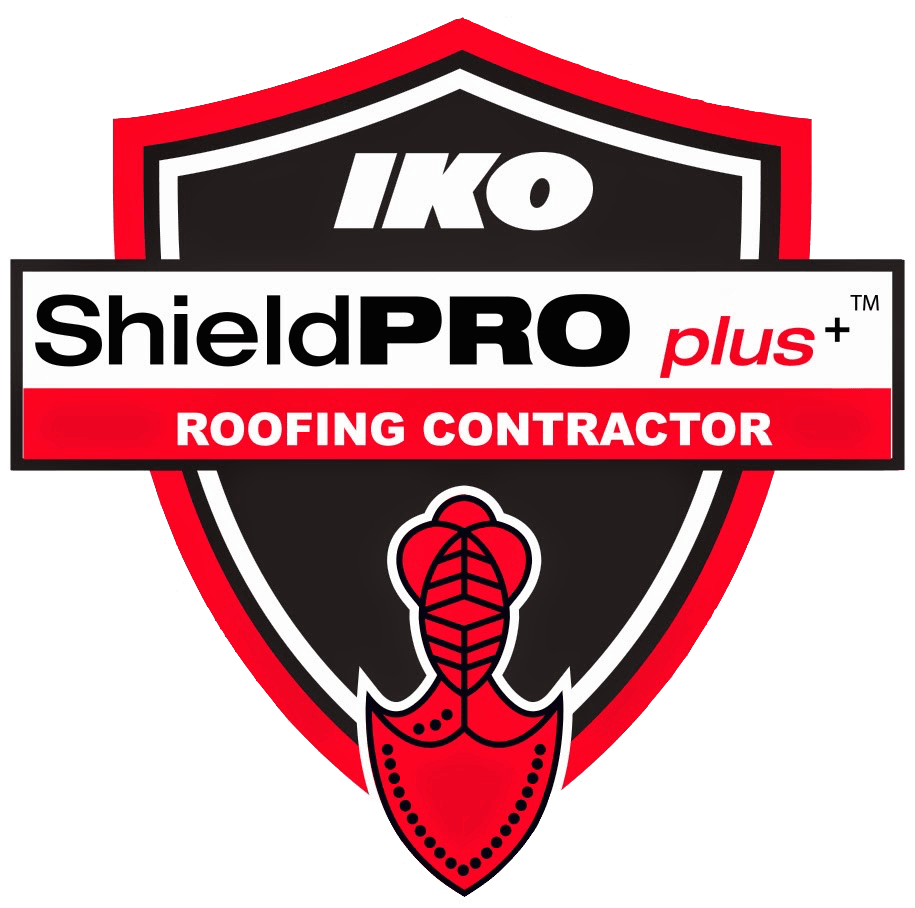 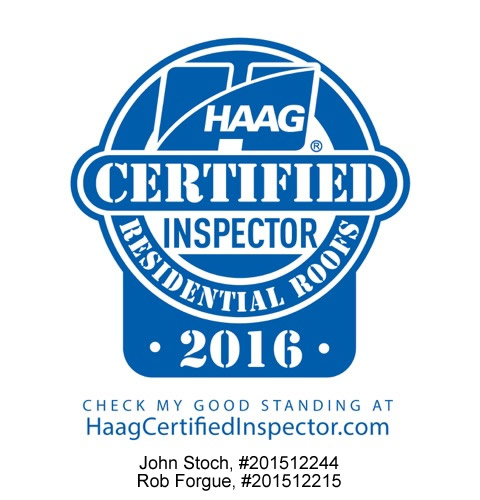